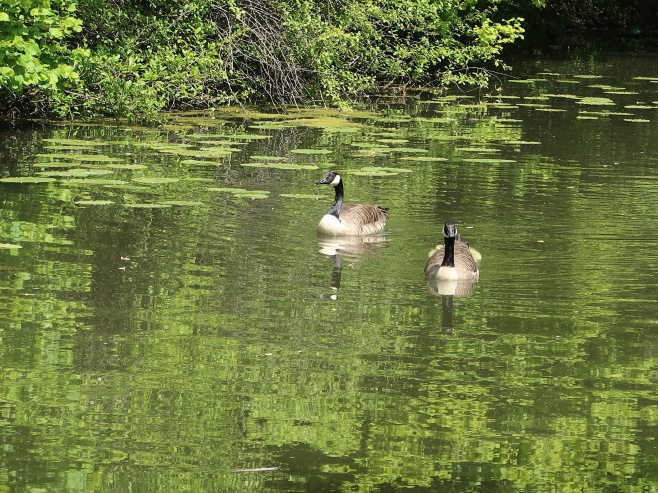 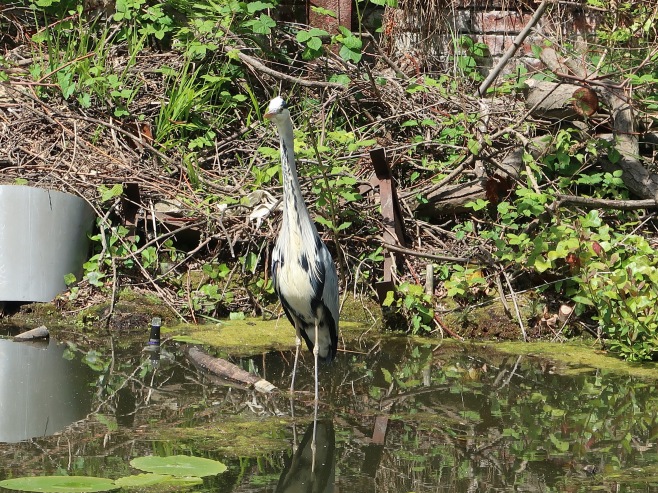 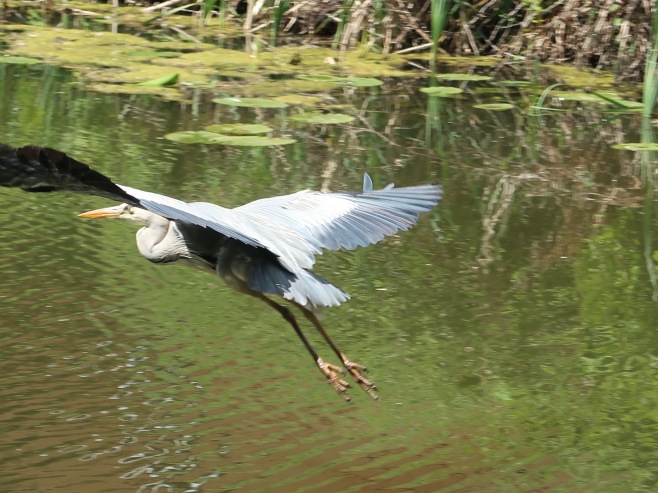 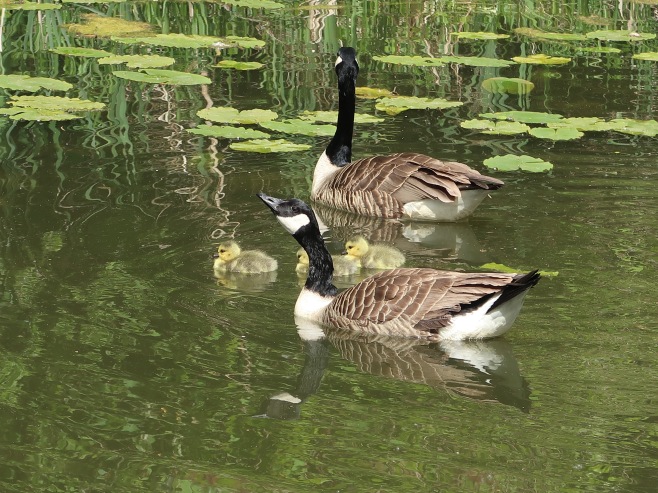 May 21st – Not many people realise, but one of the reasons we see so many herons on local waterways at this time of year is that these large grey dishevelled fishers will also take young waterfowl chicks – moorhen, coot, ducklings, hatchling cygnets and goslings.

It’s not nice to think about, but herons have to eat too, and it’s why waterfowl have large clutches after all.

Today, in Pleck, Walsall I watched from the towpath as a tense situation developed: A pair of Canada geese with three goslings were heading into the path of the watchful eye of a heron, who was clearly looking for lunch.

The heron stayed put, statuesque, but the parents had spotted it. They halted their progress, and after what seemed like a silent debate between the parents, Dad honked loudly and aggressively at the heron. Heron was clearly irritated by the attention and took flight – the geese shouting what must have been abuse after it.

But, being a heron it landed again, a mere 100 yards down the canal.

Poor goslings have to be lucky all the time, the heron? Only once.

Nature, red in tooth and claw.

from Tumblr http://bit.ly/2LZVHWC
via IFTTT