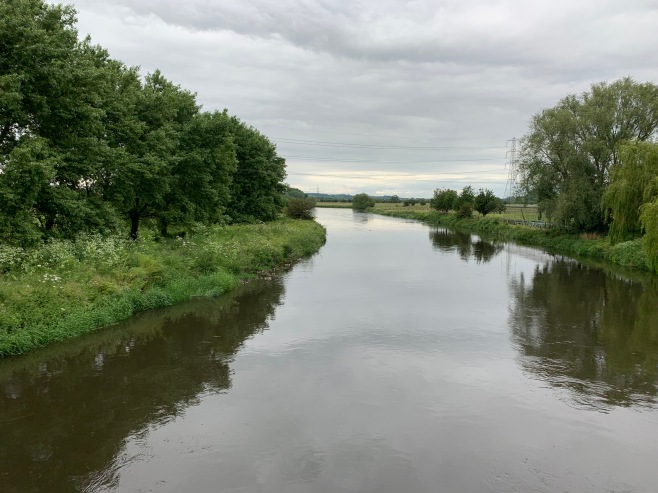 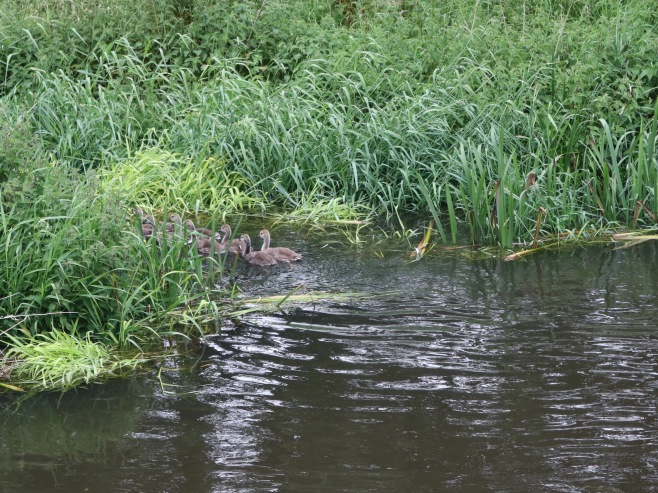 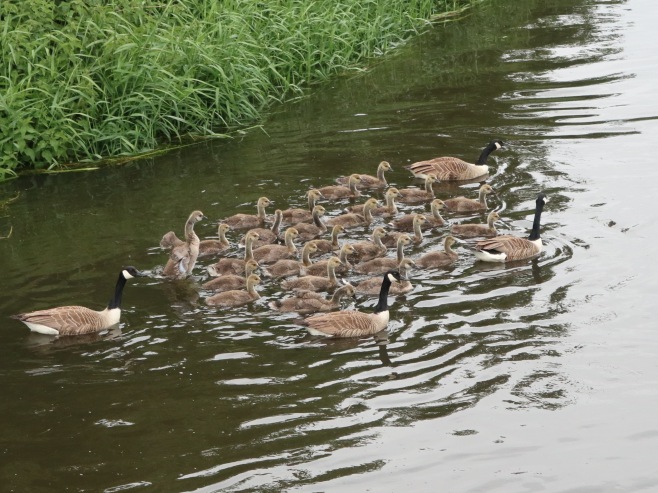 June 8th – The weather cleared, so I left the fair and headed up to Honey Hill, No Mans Heath, Netherseal, Coton in the Elms, Walton and over to Barton for coffee – but from the rickety Walton Bridge, I watched a fascinating drama unfold.

Four adult Canada geese were shepherding their clutches as one group along the reedbeds at the edge of the Trent, foraging for food. It’s not uncommon for these geese to team up on parenting duties or mind each other’s chicks, but this group of nearly 30 is one of the largest I’ve ever witnessed. It was stunning – not least for the control exerted by the parents.

They guided the goslings upstream to an inlet to the west. I watched as they processed one by one and two by two into the side brook.

Then, a splash and a flash of red fur – a fox was waiting. There was a commotion, and Reynard fled empty mouthed, and the geese herded their young back into the main river. They appeared to be counting as they gathered the young birds into a tight, safe circle.

Fox had gone, his lunch thwarted by eagle eyed parents – or maybe goose eyed – and then normal business resumed as a human with food was spotted on the eastern bank.

I’ve never seen anything like it and had I not ventured out on a wet, miserable Saturday, I probably never would have.

from Tumblr http://bit.ly/2RcQCt4
via IFTTT