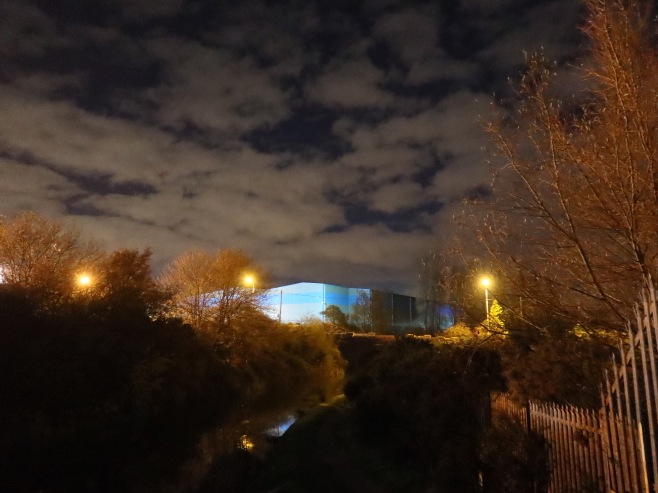 Thursday December 3rd 2020 – On an evening ride on a night as the sky was clearing, I headed along the canal to Ogley Junction, and stopped as I usually do on the bridge there, for a moment of contemplation. Normally, I take a shot of the canal back towards Anchor Bridge, but today I turned to the right instead.

Here, the canal continues in a lazy arc to Anglesey Wharf and Chasewater, but before that is passes a notorious area of Brownhills called ‘The Chemical’.

The blue factory unit over there is stood on the site of a Victorian chemical factory and later, an alloy smelting works that poisoned the land, polluted the air and led to it’s descriptive nickname.

The Chemical stood as wasteland for many years until six years ago when the new unit was built as an extension to a local factory. The contaminated soil was encapsulated beneath the new building’s floor, and held safe.

Given a few years, I doubt many folk will ever know why we call this place The Chemical.

from Tumblr https://ift.tt/3pvhHaO
via IFTTT