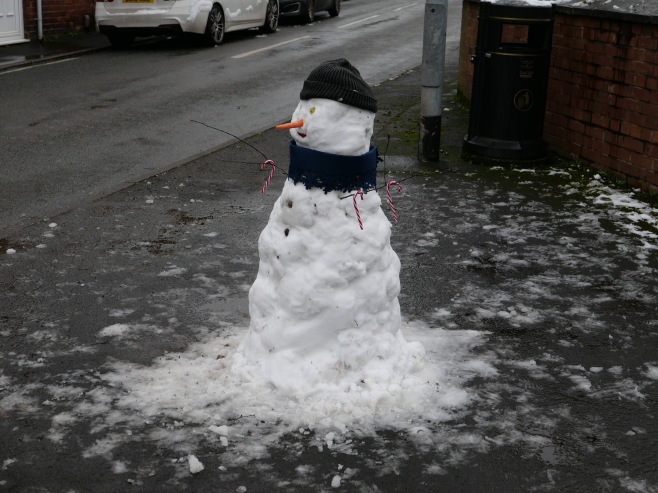 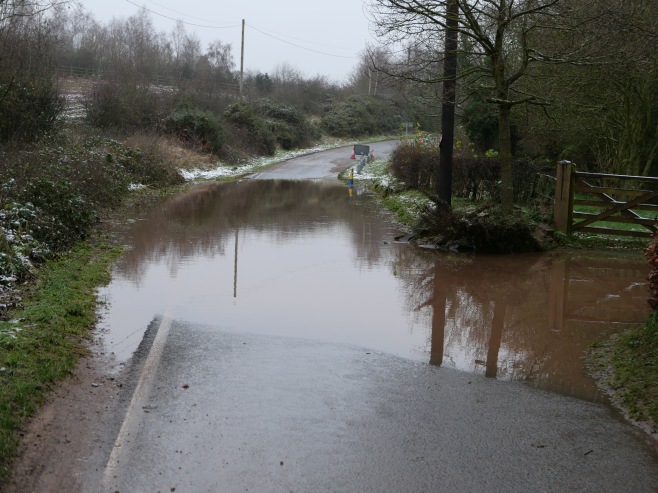 Monday December 28th 2020 – It had snowed a little, and I headed out before lunch to catch something I thought would be fleeting – I love cycling in snow.

It was very wet, and only an icing sugar dusting on the whole. It was noticeably less over Stonnall and Wall than it was back through Hammerwich, Chasetown and Chasewater, which I found interesting.

Be warned that the road is flooded to some depth at Cranebrook Lane, Hiton, between the Pouk Lane and Boat lane junctions, just before the rise for the motorway flyover. It’s deep. I suspect this may be rated to increased load on Crane Brook with Chasewater in spate.

Splashes of colour caught my eye: The robin in Stonnall Churchyard, and also the old, minimalist gravestone with partially coloured lettering.Wonder whose stone that was?

The snowman and postbox decorations at Hammerwich were lovely.

An interesting change in the weather!

from Tumblr https://ift.tt/2JM2gfm
via IFTTT