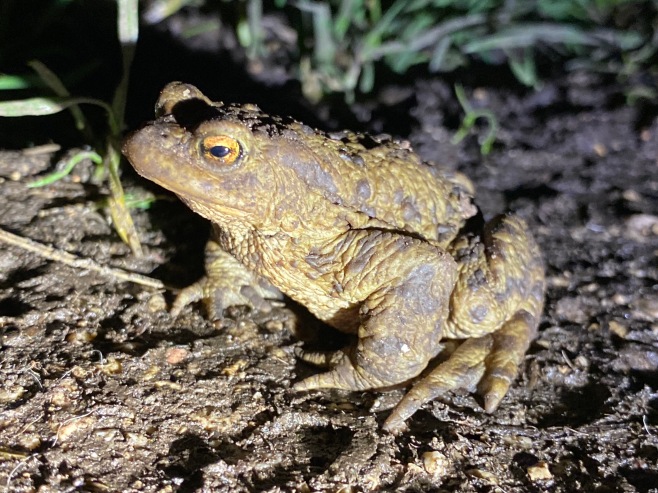 March 7th – The canal was a bad choice of route, as I realised after a short time that the toads were on the move, and the towpath was littered with amphibians taking the cold night air.

Heading to spawning waters, many would not make the perilous land journey from their normal habitats, being lost to traffic and, er… Bike wheels.

Fortunately, as far as I know, I didn’t hit any. I came back on the road, with the lights on full.

from Tumblr https://ift.tt/3az7HGI
via IFTTT 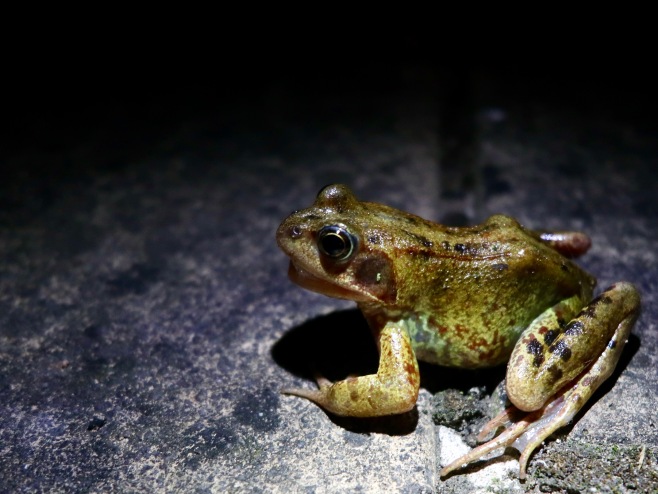 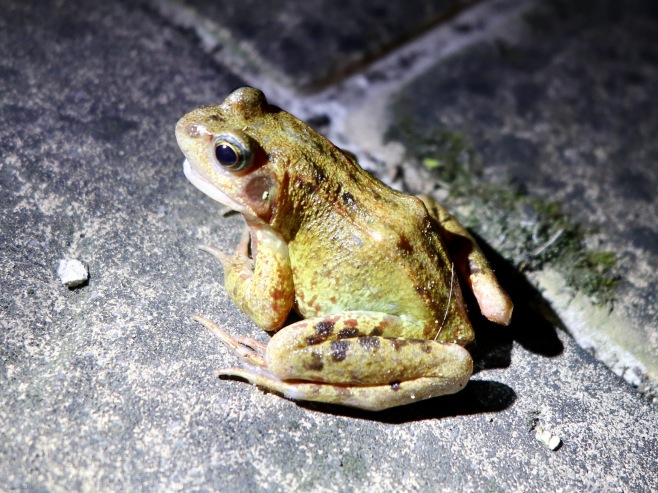 June 29th – Spotted while I was on my way to calli at the Co-op on the way home: This wonderful frog, who appeared to be laughing.

I have no idea if frogs laugh or indeed, find anything funny. But this gorgeous creature posed for photos under bike light with the most wonderful facial expression.

I was very pleased to see it – not seen many frogs this year.

from Tumblr https://ift.tt/2XmUcaw
via IFTTT 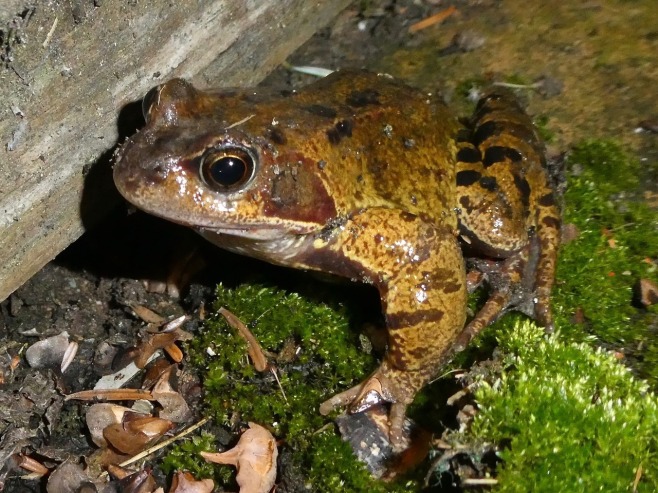 October 23rd – Specially for a lady in Brownhills who commented over the weekend that I didn’t photograph frogs and toads anymore – well, the truth of the matter is… I do if I see them!

No the damp, dark evenings are here I’m more likely to see the amphibian community taking the air, just as I spotted this lovely frog near a garden fence in Sheffield this evening on my way home.

I love the patterns frogs have; they seem unique in colour and variety from frog to frog. 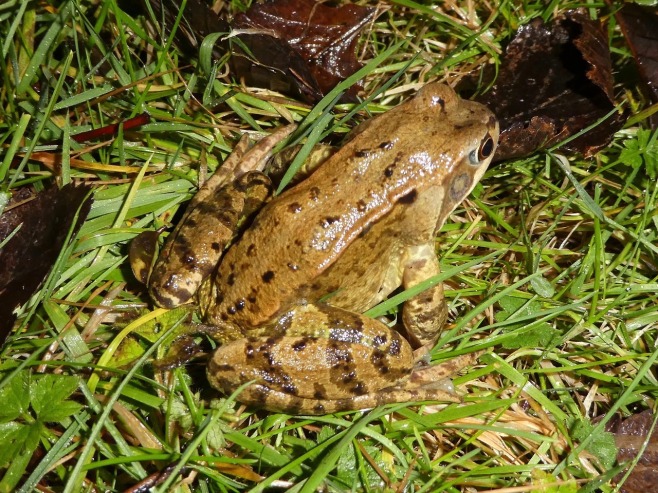 February 15th – The day had been warm for the time of year, and the morning commute grey and foreboding but dry. During the day it rained, and on my late return in darkness, it was on a warm, April-like wet night after the rain.

The journey was unremarkable until I came across this fellow on the canal towpath near Silver Street. A large, healthy looking frog, clearly on the move.

Awakened by the warmth and seasonal imperative, it will be off to the water to mate, then another year of avoiding herons and other predators whilst doing little more than eating. Not a bad life, really.

Pretty soon, the roads and paths at night will be full of frogs and toads on the move, and there will sadly be carnage as many are lost under vehicle wheels. But I shall have my eagle eye out, and like this one, I will assist any I find to a place of safety.

I stop for amphibians. And occasionally, for no perceptible reason whatsoever.

August 29th – My apologies to the toad-phobics, but I had to share this wee fellow. He looks bloody angry and he had a right to be: I was a shade from running him over in the dark on the towpath near Pelsall Road, but a last minute swerve just missed him.

I picked him up and popped him in the grass, annoying him further.

In true laissez-faire toad fashion, he never moved a millimetre on his own.

July 25th – I nearly squished him (I assume it’s a he), but this common toad was quite happy in the middle of the towpath and wasn’t moving for anyone. I lit him carefully with my bike light, and I think the results aren’t too bad.

I love frogs and toads. So full of character.

March 16th – I was unhappy with yesterday’s frog pictures, so I thought I’d return today to Shire Oak Park and play around with the camera some more. The frog frenzy had calmed, now, and the frogs and toads that remained loafed on the surface croaking occasionally. I love these misunderstood creatures; they fascinate me. Their life is one of relative indolence; mating done for the year, they have the season ahead to eat, lounge around and prepare for hibernation. And avoid predators, or course.

I loved the little yearling on the twig, he was quite brave and didn’t hop away until I got very close.

July 29th – Speeding back towards home down the canal towpath in darkness, I spotted a familar shape in the headlight. Screeching to a halt, I gently picked up this little fellow – a common toad – and placed him in the safety of the canalside grass. He was a small chap, probably about half to two thirds fully grown, and he had a delightfully speckled belly. I lifted him gently between thumb and fingers, it’s unwise to clasp these amphibians in the flat hand, as they spray acrid urine as a defence mechanism. They also squeal if you touch them on their lower back – it’s a sound that’s remarkably piercing, and is generated as a signal to other male toads that they’re attempting to mate with the wrong sex in mating frenzies.

Toads. Surprising things. Not a whole bunch of road sense, either…