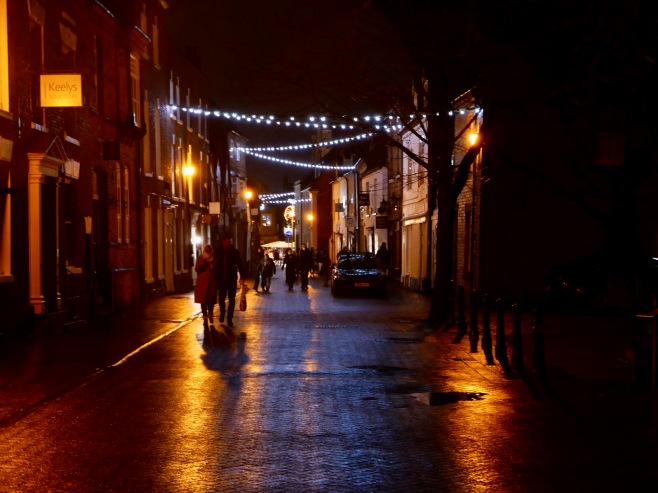 Saturday December 19th 2020 – A ride out with my friend though Canwell to Hints, and up through Tamhorn returning to Lichfield after dark for a photographic explore.

The countryside was wet and sodden, and I don’t think I’ve seen Hints Ford that swollen in a decade. But it was good to get back there, even with the shock of works ongoing for HS2.

Lichfield itself was lovely: It rained as we got there, and after a heavy but thankfully short shower, it was great to catch the diminutive city at Christmas with few people around.

Most lovely, though was my first sighting of spring flower shoots. There will be a spring, and nature knows that better times are on their way.

Such a strange year.