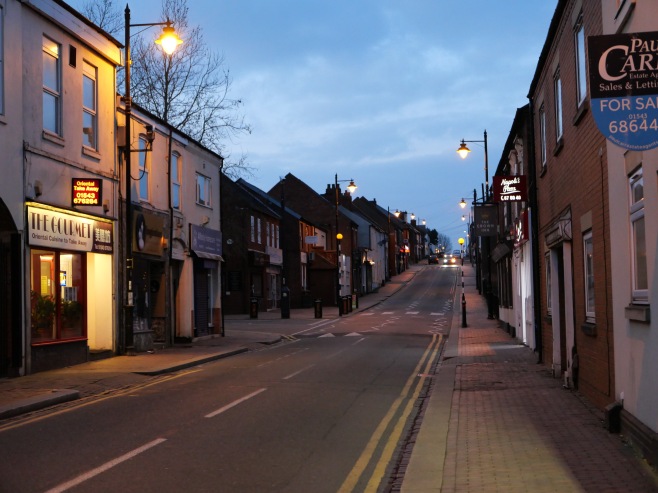 Tuesday March 5th 2021 – I had to nip to Chasetown on an errand in the afternoon and caught the twilight.

I still can’t – and probably never will if I’m honest – get used to the empty high streets of pandemic Britain (how odd to type that phrase in 2021…) This street should be busy with late stops for supplies, people visiting pubs and takeaways and the general activity of Friday night urban life. It isn’t. It’s desolate.

It is, however, beautiful in a haunting way, and this is a period I shall never forget. I think what makes this street particularly dramatic is the hill, and the way it stretches the emptiness.

These are very strange days, and unlikely as it seems, they will pass.

from Tumblr https://ift.tt/3tMIp0D
via IFTTT 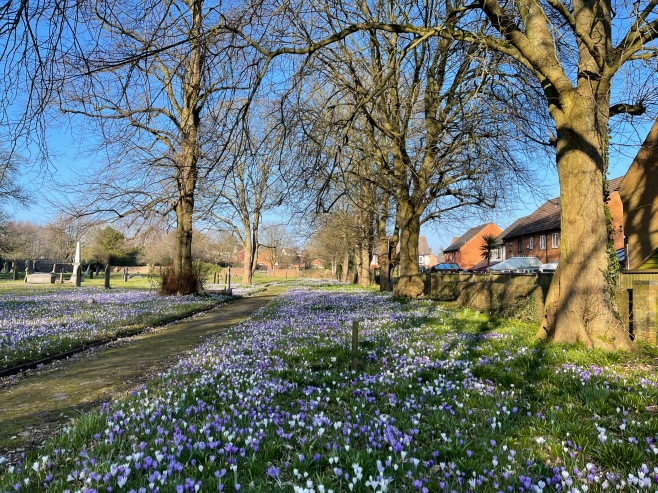 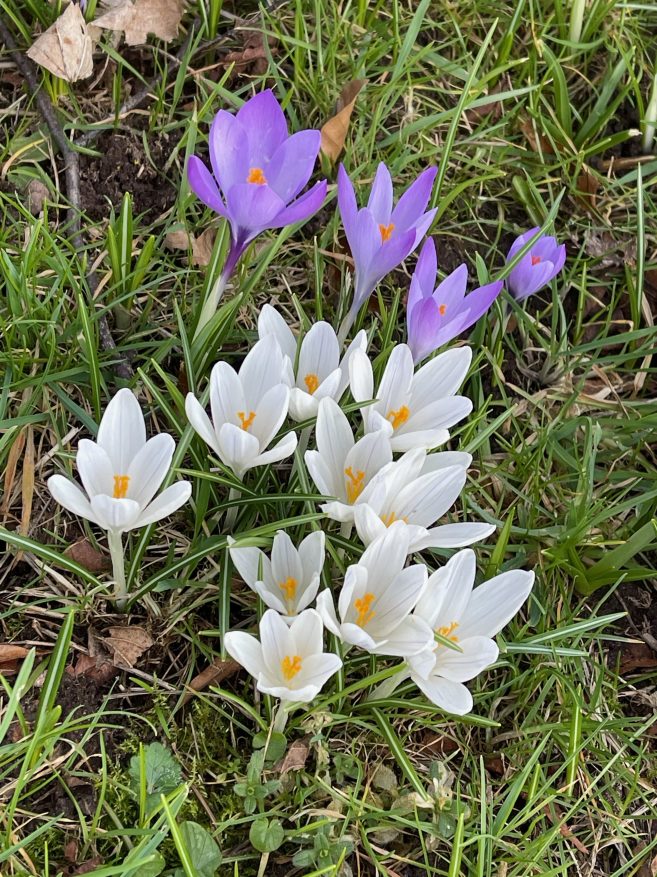 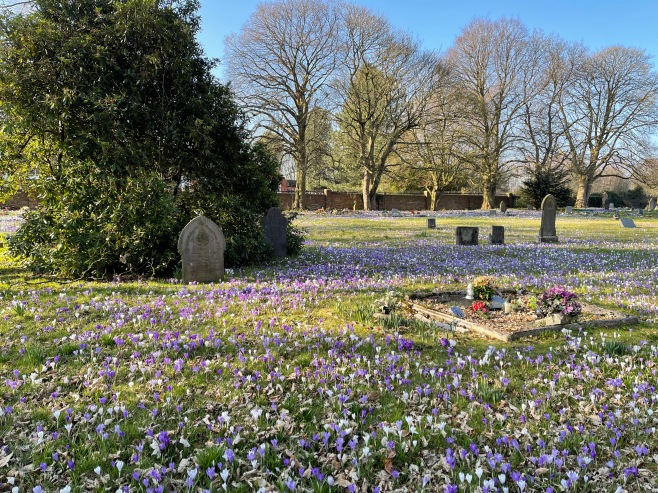 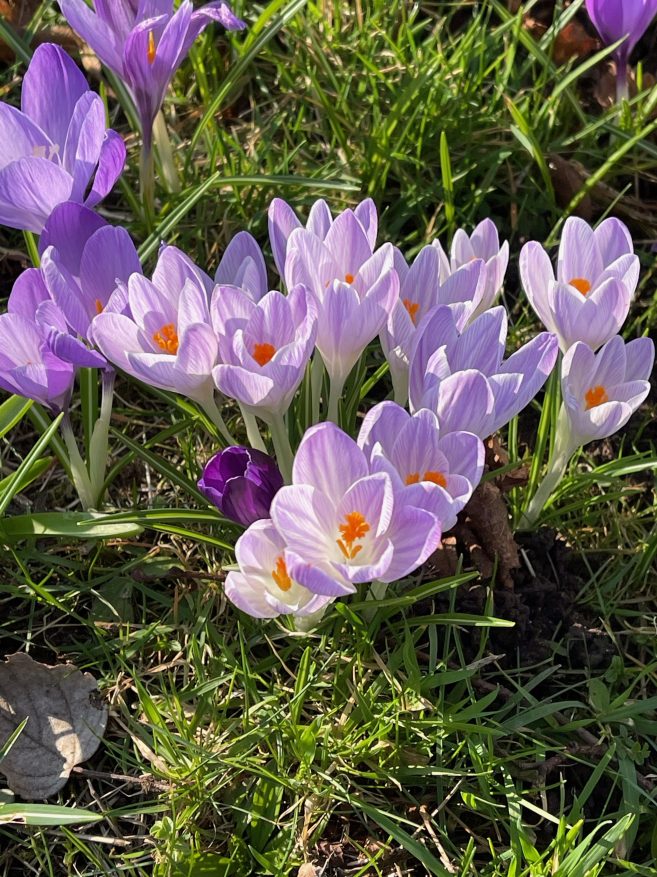 Sunday February 28th 2021 – Another local treat to match the Chasewater snowdrop glade – and actually only a short walk away – is the yearly crocus display at St Annes Cemetery in Church Street, Chasetown.

This still maintained, beautiful cemetery is a carpet of purple and white flowers with a small number of yellow now creeping in. They are absolutely stunning, and always a must see locally.

A real token of love and memory to those dear souls interred within. Well worth a visit and a few contemplative moments.

from Tumblr https://ift.tt/2QrfQHV
via IFTTT 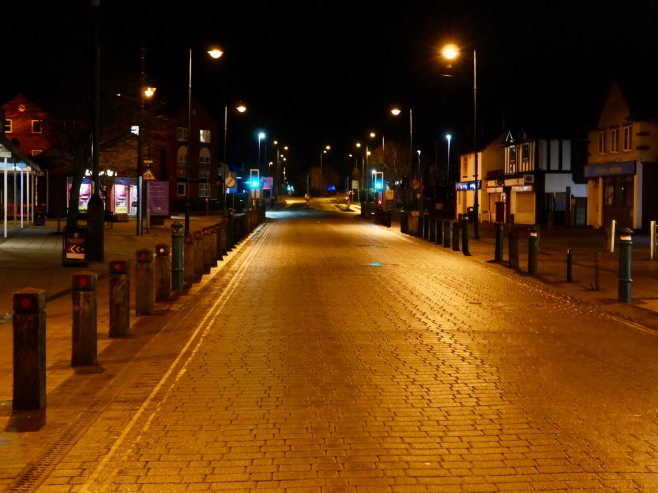 Sunday January 10th 2021 – I was on another test ride late and had to drop off a package to an isolating relative, so I nipped to Burntwood after tea.

This current pandemic lockdown isn’t like the first: People are having to continue working, many more kids are at school as the children of key workers and it’s just not as quiet as the first.

But right in the centre of Burntwood at 7pm on a Sunday, and it was like the proverbial ghost town.

from Tumblr https://ift.tt/3hYtYlI
via IFTTT 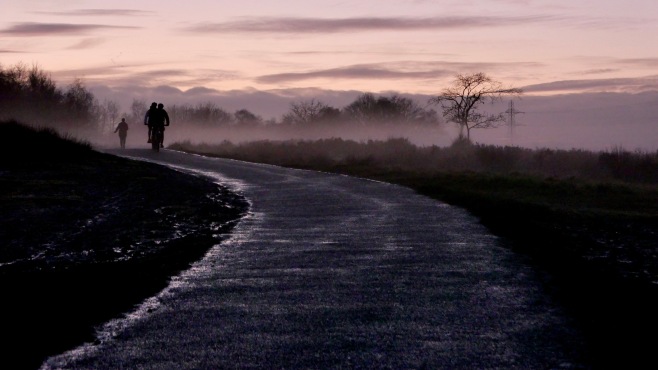 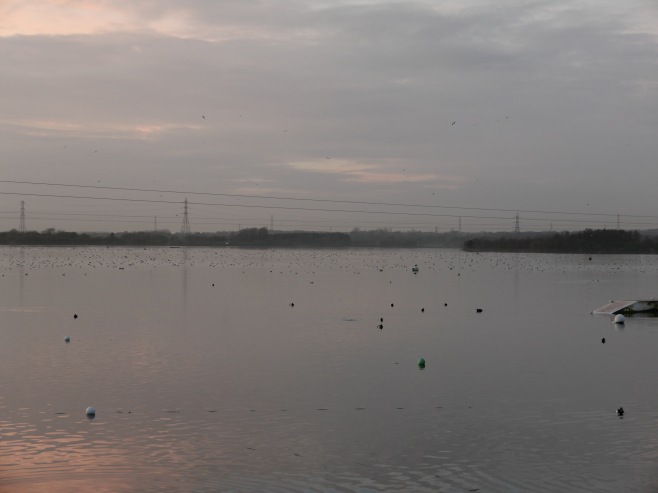 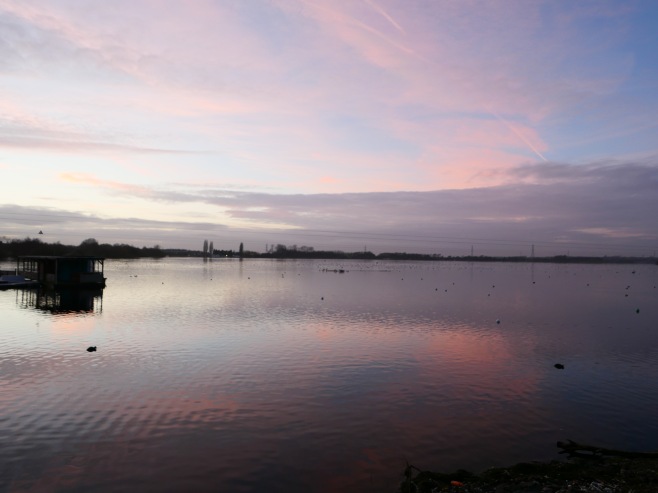 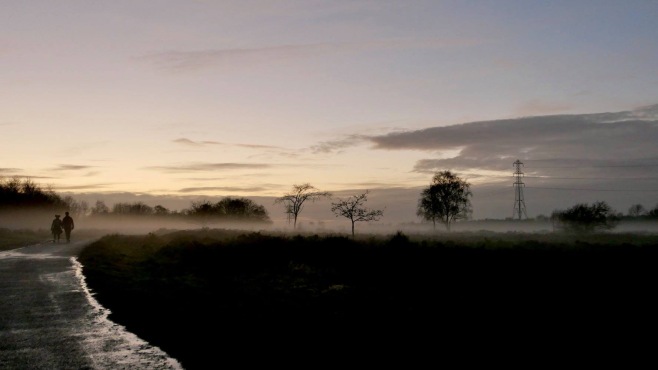 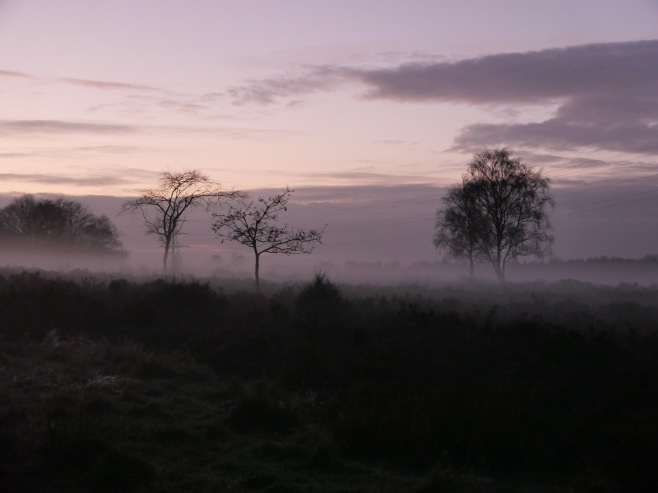 Friday December 11th 2020 – We’re seeing a lot of inversions at the moment, where the air temperature relationship with the ground is the opposite to normal, resulting in a low level mist that can be really stunningly dramatic.

I was working from home and sensed an inversion happening, so shot out to Chasewater with a pal. We were not disappointed. The heath, being naturally wetland, readily throws up a mist into the cold air clamped to the ground, and it caught the dying sunlight beautifully.

It was also evident on the lake surface, but very patchily.

A beautiful evening to be out, and I’m glad I caught it.

from Tumblr https://ift.tt/3n4Oodq
via IFTTT 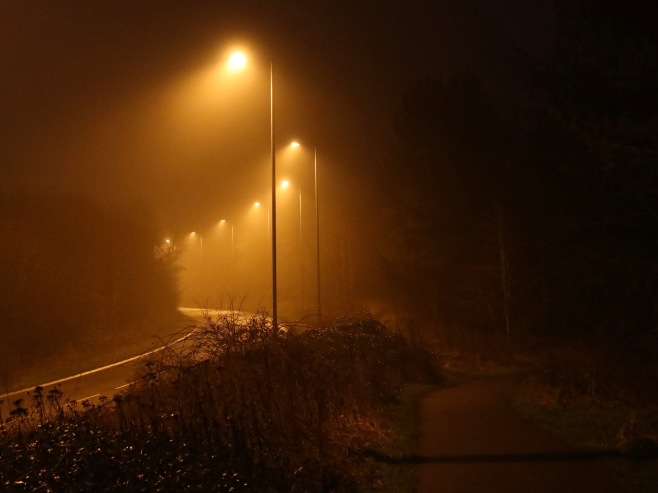 January 25th – The mist still hadn’t lifted, and in fact it seemed to be becoming more dense.

I’d been over to Burntwood for an errand, and came back via Chasewater after dark, getting some shopping in on the way. As I rattled down the bumpy north shore path where it runs between the Rugby Club and Chasetown Bypass, concerned for the fragility of my purchases, I noticed the curving ‘wall of light’ effect of the streetlights on the fog, bending away from me like I was repelling it.

It was one of those moments when an unexpected, mundane scene caught a unique light and became precious.

Like Clayhanger did  a few days before. Low cloud does have its benefits, I guess.

from Tumblr https://ift.tt/319LElJ
via IFTTT 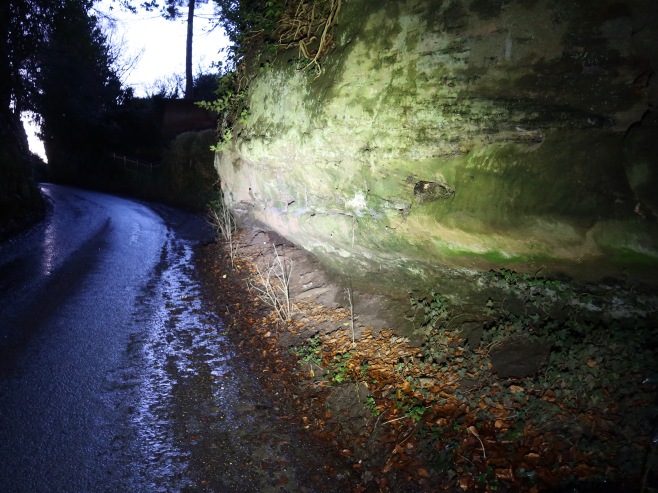 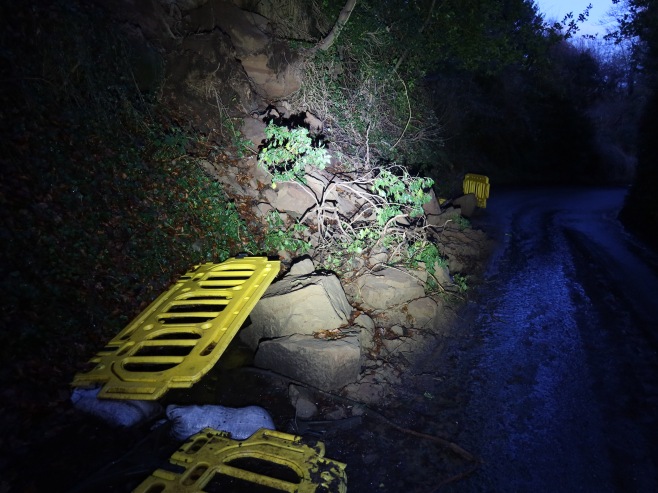 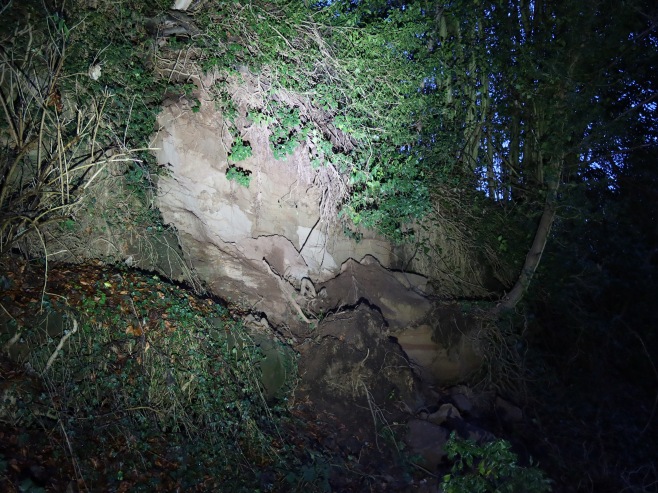 January 11th – I needed to collect something in Burntwood, then get something else in Lichfield. I was delayed. The wind was horrific and it rained on me. And when I got to Lichfield, the place I needed to go had closed early and I was thwarted. One of those days.

Hurrying down Abnalls Lane to Lichfield unaware of the oncoming disappointment, I rounded a bend on this ancient Holloway to find there had been a rockfall.

It looked like it had been there a while, and was largely sandstone and vegetation from the bank; here, water has eroded the rock the lane is cut into, and the undercut eventually causes the overhang to collapse.

Surprised nobody’s come a cropper there, to be honest. It’s not lit or barriered well.

One wonders how extensive the problem is. I cycled on my way down the middle of the road, just in case…

from Tumblr https://ift.tt/35OUshP
via IFTTT 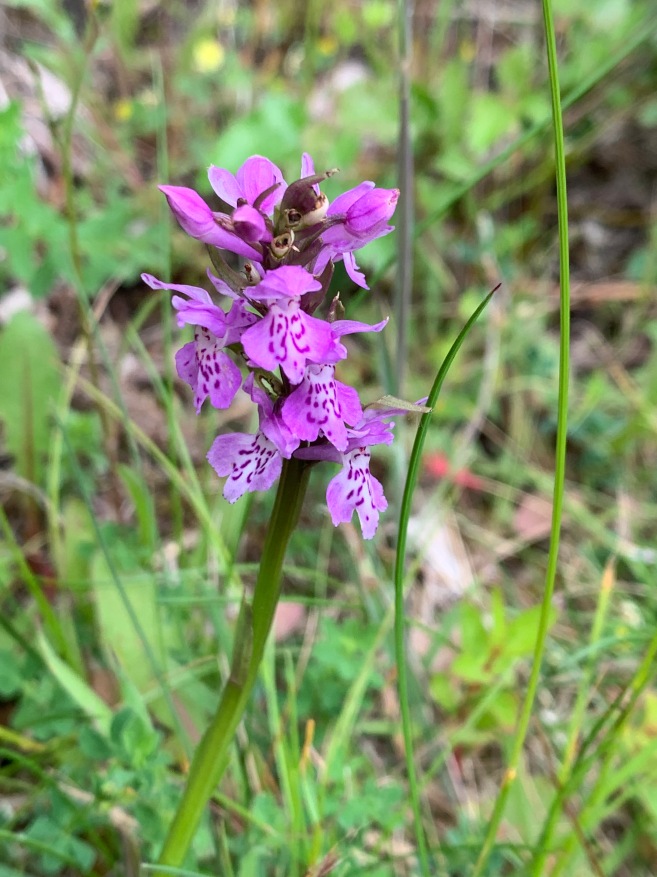 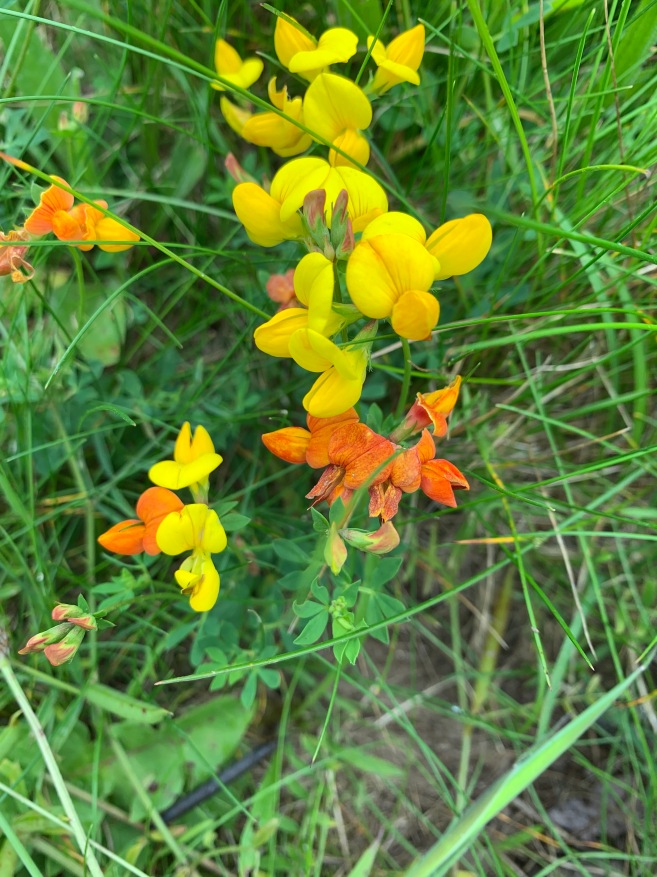 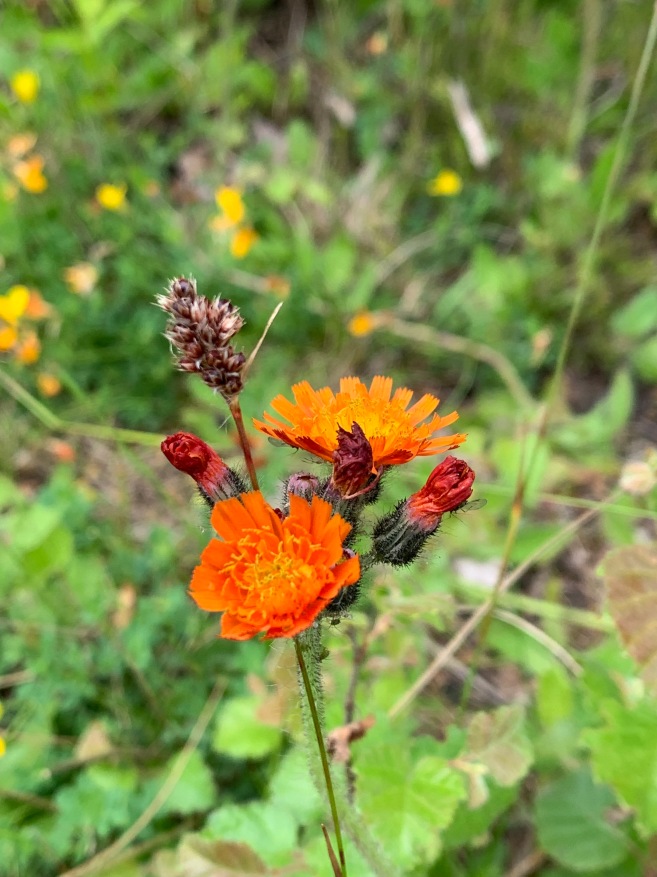 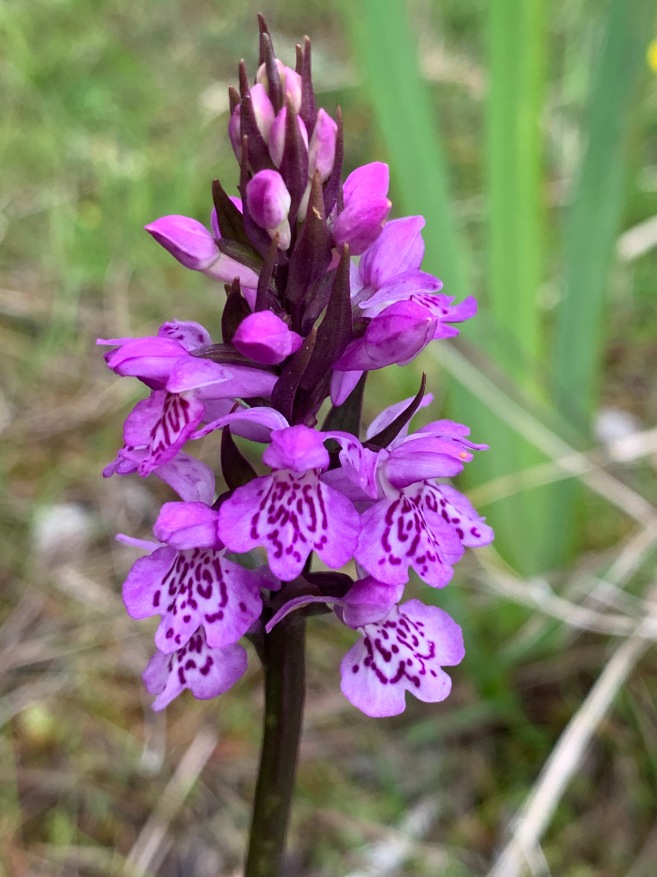 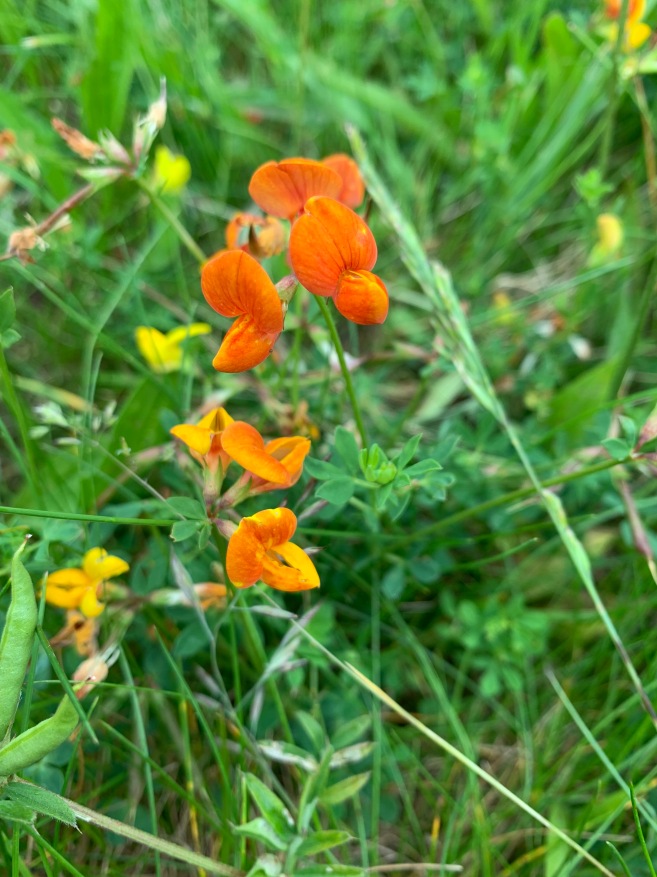 June 23rd – A tired, grumpy recovery day. I set out mid afternoon to find something to cheer me up – no easy task in the grey and drizzle that prevailed: Such a shock after the bright, warm summer of the day before.

At Norton Bog, I found what I was looking for: The brightness of summer flowers around the small pool by the bypass.

Several varieties of orchid, devils paintbrush and birdsfoot trefoil mingled and competed to be the most vivid.

A lovely display that did indeed perk me up no end.

from Tumblr https://ift.tt/2FDYBuN
via IFTTT 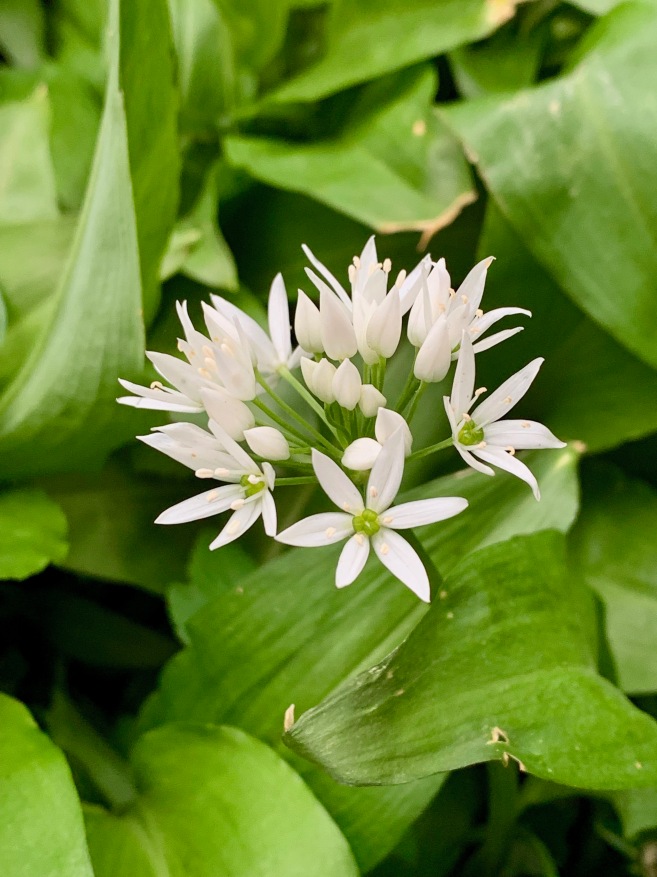 I really love this beautiful, edible plant – sometimes known as ramsons it tastes and can be used just like a little more subtle normal garlic, and it’s scent hangs heavy around woodland, hedgerows and damp ground far and wide.

One of the most popular posts on this journal featured the glade of wild garlic that grows by the River Arrow in Redditch with over 18,000 reactions since it was posted in 2011.

It seems I’m not the only one who likes wild garlic!

from Tumblr http://bit.ly/2WaUlZO
via IFTTT 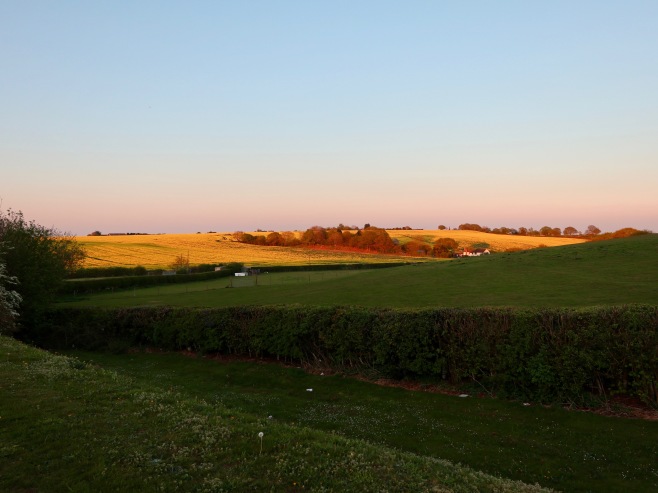 April 21st – I was, it has to be said, physically battered from the previous day – my body is clearly raging and takes longer to recover now than it did. On a pleasant Sunday I pottered over to relatives in Burntwood and returned in a gorgeous golden hour and stopped as I laboured back up the hill to admire the oilseed rape fields of Hammerwich in the dying sunlight.

The recovery ride was pleasant and enjoyable but hard work. But in this light it was a joy.

from Tumblr http://bit.ly/2GyFHoI
via IFTTT

December 9th – As darkness fell, I pulled myself up and decided to find a decent photo opportunity or two. The pedestrian bridges over the Chasetown Bypass are always good, and the Canon G1X really comes into it’s own on the long exposure work.

The crescent moon over Catshill doesn’t bode well for the weather, though – mum always said when the crescent was on it’s back, it was holding rain in it’s belly. I hope she’s wrong.

My unusually distorted shadow caught under Middleton Bridge arch from my bike light was an oddly serendipitous thing, too.

Grim days are what we make of them, I guess. Never was that more true than today,