May 17th – At the other end of Brownhills, since the weather has dried out, the McLean Way is looking and riding rather well at the moment, I must say.

This is the new trail created by volunteers on the trackbed of the defunct South Staffordshire Railway that ran from Walsall to Lichfield.

It’s alive with wild flowers like vetch, birdsfoot trefoil, buttercups and all manner of rarities. There are birds from wrens to buzzards, and you even get foxes and deer down here.

With people taking exercise during lockdown, it can get quite busy but when you do catch it quiet, it’s a lovely spot.

from Tumblr https://ift.tt/2XOU4Pw
via IFTTT 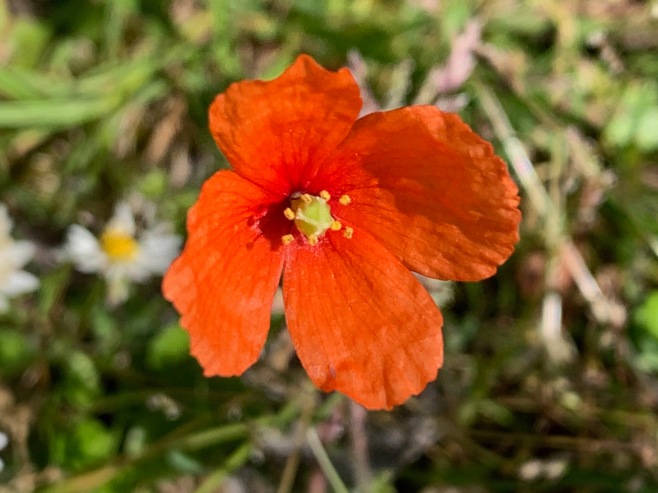 May 15th – Continuing the wildflower theme, there’s a riot of colour on the less-frequently mown verges ate the moment: Daisies, vetch, trefoil, buttercups, and on this one outside where I work, every tiny, absolutely tiny bright red poppies.

Look closely and there are colours from white to dark blue, yellow to red.

My favourite time of year. Everything is growing and clamouring for attention. I just wish they didn’t mow the grass so often!

from Tumblr http://bit.ly/2Jn3hIU
via IFTTT

May 17th – Nice to see, even on a rainy, grey morning, that meadow flowers are now showing strongly on the verges and edge lands of industrial estate, urban roads, tracks, towpaths and trails.

Welcome back for another season to buttercups, clover and bird’s foot trefoil, which serve to brighten even the most overlooked piece of grass.

Everywhere you look at the moment, beauty is bursting to the fore in a myriad of different flowers, leaves and blossoms.

A wonderful time of year.

June 13th – Another day, another rainstorm, another soaking.

I headed out mid-morning from work to visit a customer; sadly, I left just as the heavens opened.

Fortunately, the flowers I saw on the way were so beautiful, they made up for the wet legs.

To the person who’s been practising the rain dance: I think you have the hang of it now. Please stop.

May 30th – I wasn’t well today. The long ride of the day before had maybe taken a toll, but I didn’t sleep well, and suffered a migraine in the morning. The day was a bit wolfish, too, with a strengthening wind, so I confined myself to a trip to Chasewater and back over the common and canals mid-afternoon.

I haven’t been this way for ages, and I’m sad, as it was absolutely beautiful; Brownhills wears it’s spring jacket beautifully, and the buttercup meadows on the farmland to the rear of the old Rising Sun pub have to be seen to be believed; but also at The Slough, the hawthorn blossom is beautiful.

I still felt damned ropey, but at least I felt better about myself.

May 25th – As we advance to late spring and early summer, some of my favourite flowers are emerging now; birds foot trefoil ‘egg and bacon’, buttercups, elderflowers and ox-eye daisies all brighten the verges, hedgerows and edge lands of my commute.

Such lovely flowers. How I love this busy, colourful time of year.

May 20th – I’d had enough. The week had been tough and I needed time out – so taking advantage of a temporary lull at work I left early and headed out. The weather wasn’t great, with an insistent southwesterly and generally overcast skies, but it was warm enough and the sun did make it out on occasions.

I headed  up to Rosliston, hoping to catch the Honeypot cafe, but the opening hours were shorter than those listed online, and it was shut. Having a brainwave, I went instead to the cafe at the Rosliston Forestry Centre, which was decent and is open daily until 5pm. From there, Linton, Caldwell, Gresley, Netherseal, then back via No Mans Heath, Haunton, Syerscote, Hopwas and Weeford.

This was just the thing my soul needed, and 75 miles later, I felt much better.

May 21st – It really is about the flowers right now. On a weary homeward commute I noticed the honeysuckle at the Black Cock Bridge in Walsall Wood was coming into bloom – and the buds are prolific and dense this year. The unsung heroes of the scrub and verge, the buttercups, are also prolific on the canal banks, commons and heaths, providing welcome food for bugs and bees.

At the moment, every journey is rewarded with new flowers to see!

September 6th – The rains came today, but not too much. Skipping out weary in the afternoon, I rode the canal towpaths which were quiet, and fast. There was that lovely fresh earth, post rain smell, and the landscape looked clean and fresh. What impressed me most, though was the huge variety of flowers and plants still showing well along the towpath. This selection were all spotted between the Pier Street Bridge and Coopers Bridge, just by the Watermead.

June 18th – The farmer who planted such a fine crop of beans seems very sensitive to wildlife, leaving wide fieldmargins and nic patches of scrub. This benefits the who biodiversity – bugs, birds, animals and flora. Still beautiful, though, however common, is the humble buttercup, here in abundance with cow parsley, dandelions, cornflower and poppy. Gorgeous.